The world owes a deep debt of gratitude to Michael Faraday, the creator of the first generator and Rudolph Diesel, the creator of the diesel engine. Had it not been for these two great inventors, we will not today be having the facility of Diesel Generator. Even as school children, we had learnt that Michael Faraday had made singular contribution to scientific advancement with his discoveries in electricity.

Many people may not be aware that Rudolph Diesel began his career as a refrigeration engineer and later providentially got involved working on heat engine designs. Faraday discovered electromagnetic induction in the year 1831 that led to the gradual development of the present day generator. However, to be fair, the diesel generator came into being due to the inventive genius of Rudolph Diesel. It was Rudolph who came out with a method and design of an engine where combustion would take place in the cylinder. Rudolph persisted with his innovative efforts and was successful in making a diesel engine of 75% efficiency in his own life-time.

It is Rudolph's coupling of his diesel engine with the generator that led to the diesel generator that we ubiquitously see today. Of course, Rudolph's design was rather large, heavy and unwieldy and found much use in industrial applications as a generator. They were used to power pipelines and for electric plants and water plants. 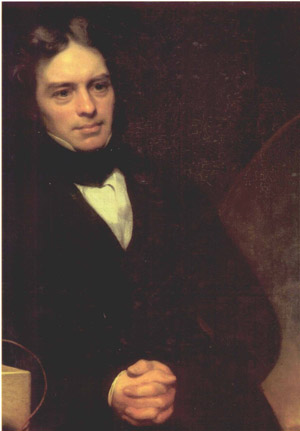 As time progressed, these generators found applications in the mines and in oil fields. To put it in a nutshell, the diesel generator is simply the coupling of the diesel engine with an electrical generator and it has seen widespread usage throughout history for many different applications.

The diesel generator, we are familiar with today, is the marriage of a diesel engine with an electric generator or more often called an alternator. The purpose of a diesel generator is to generate electric energy. Diesel generating sets are used in places without connection to the power grid or as stop-gap power-supply if the grid fails. Today we have small portable diesel generators range from about 1 kVA to 10 kVA for use as power supply units on construction sites, or in open fields.

Today's diesel generators also offer other benefits such as increased fuel economy and reduced maintenance costs. Since diesel is comparatively cheap as compared to regular gasoline, it is commercially preferred in different industry applications. The low cost of diesel fuel results in low cost energy production. Cheap energy will also means decreased production costs which can be helpful in becoming competitive in the market.

Diesel generators, sometimes as small as 250 kVA are widely used not only for emergency power, but also many have a secondary function of feeding power to utility grids either during peak periods, or periods when there is a shortage of large power generators.